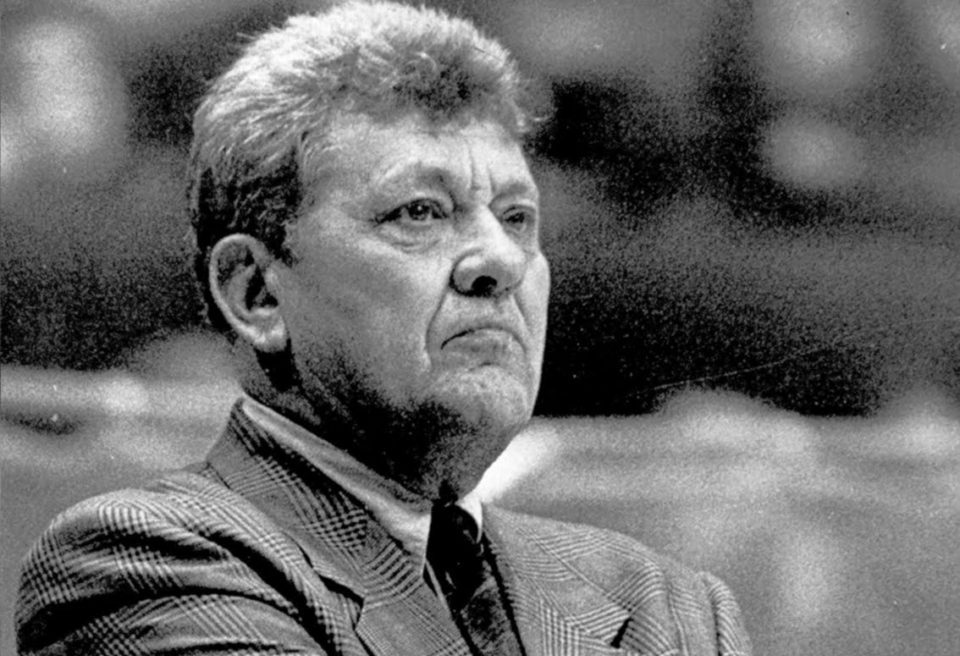 Ranko Žeravica (born May 17. in November 1929. year in Dragutinovu today the new Miloševu — died 29. October 2015. in Belgrade) was a Yugoslav and Serbian basketball coach.

Coaching job began to deal with in the early ' 50s, when he was finishing a career. Up until 1966. years he worked as a coach of men's and women's selection in the Belgrade workers ', and since 1960. became a professional coach in the KSJ. Over the next 20 years with great success on several occasions, he led the men's national basketball team of Yugoslavia to brightest trophy.

In parallel with work in the team, With a crucial influence on the great "boom" Partisans at the beginning of the 1970s, when were a team led by Dalipagićem and Kićanovićem, which over the next 10 years won many trophies. He was a coach with the blue on trimaOlimpijskim games, three World Championships and three European Championships.

Will be remembered as the coach who is on the territory of the former Yugoslavia with the success of the combined American and Russian school of basketball. During 1979. and in 1980. year with the success ran and the national team of Argentina. After that in the 1980s he was the first coach of Red Star Belgrade. The recorder is the red stars by number of victories as the first coach of the Club and with 167 WINS on 272 matches.

FIBA is at its meeting on the occasion of the 75-anniversary of its Foundation (18. June 1932), published a list of 20 new members of the Hall of Fame SPORT in Alkobendasu in Spain. In the other group (the first was received 1. March 2007) which has received 12. in September 2007. year, peaked and Ranko Žeravica.

The last years of his life he suffered from heart problems. He died in Belgrade, 29. October 2015. year in his eighty-fifth year.

In season 1995/96. again leads Partizan with which wins the title States. After leaving Partizan, Ember is again coached red star led during the season 1996/97, and the last stop of his coaching career is the Spanish Zaragoza 2002 whose coach was from February to March 2003. year.

Since 1960. by 1965. He was an Assistant to head coach Aleksandar Nikolic, and first coach of the national team of Yugoslavia became in 1965. year. With BlueCoat has won the World Cup in 1970. in Ljubljana and the Olympic Games in Moscow ten years later, as well as silver medals in the Olympic games available in 1968. in Mexico, the World Cup in 1967. in Uruguay and the European Championships in Italy in 1969. and Germany in 1971. The Treasury found itself and bronze medal from the World Cup in 1982. in Colombia.